Japan’s largest airline, All Nippon Airways (ANA), has purchased three new Airbus A380s, the world’s largest passenger aircraft. The planes will fly between Tokyo and Honolulu, making ANA the first Japanese airline to fly the A380 to Hawaii.

ANA provides about 20% of passenger seats from Tokyo to Hawaii, while Japan Airlines provides 35%. ANA offers three daily flights to Hawaii on Boeing 787’s, which can carry 200 to 250 people.

The company is already offering three flights a week on its first A380, which made its first trip to Honolulu on May 24. ANA says the other two planes will be in use soon, allowing the airline to offer 10 flights a week starting in July. 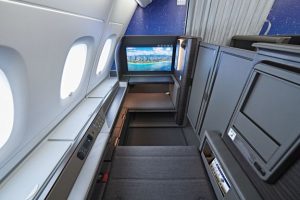 In April, ANA showed the inside of the two-level plane for the first time during an event at Tokyo’s Narita International Airport.

The plane can hold 520 passengers, including 137 seats on its upper deck. The aircraft has 8 first-class seats have 32-inch screens, that can turn into beds, and have doors for privacy. This is the first time the airline has sold first-class tickets to Hawaii.

All three A380s have been painted to look like sea turtles, which are a symbol of good luck in Hawaii. One of the planes is blue – the colour of ANA’s logo – and the others are green and orange. The airline has also made a new safety video with the three sea turtles.

In April, Airbus announced that it would stop making the A380 in 2021 because of low sales, meaning ANA may be the last customer to purchase new A380s. 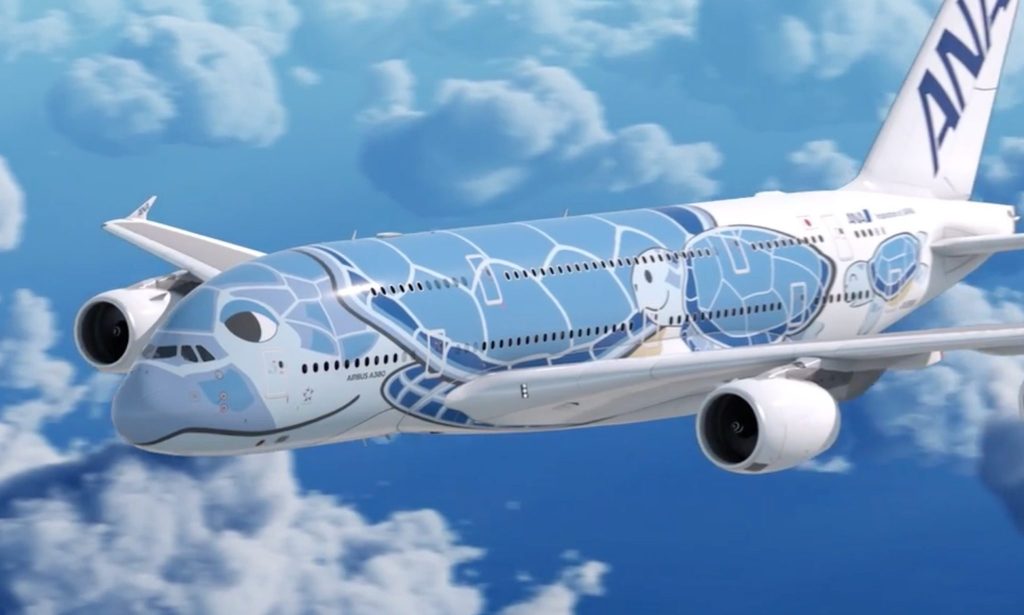