Qantas, Australia’s largest airline, will test nonstop flights from London Heathrow and New York City to Sydney. If the over 19-hour test flights lead to normal passenger services, they will be the longest in the world, just longer than Singapore Airlines’ service from Singapore to Newark New Jersey, which started in October 2018.

The flight is operated by an Airbus A350-900ULR which is a special lightweight long-range version.
This aircraft carries just 161 passengers in two cabins – 67 in business class and 94 in premium economy. There is no economy class onboard. 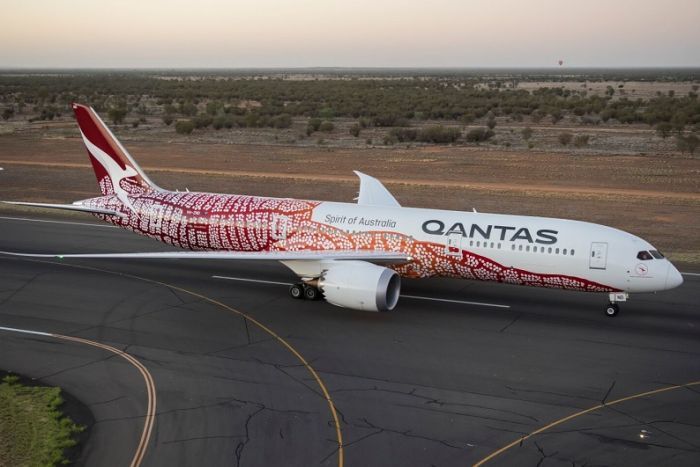 Qantas is only planning three flights at first, one each in October, November and December. Each flight will have no more than 40 people on it in total, and most of the passengers will be Qantas staff. They haven’t confirmed with aircraft they will be using, but its more likely to be the A350-900UKR the same as Singapore Airlines.

During the flights, researchers will be studying things like how people sleep, what they eat and drink, how much they move, and what entertainment they use. They want to find out how these things impact people’s health during long flights.

The pilots of the flights will also be studied. By looking at their brainwaves, researchers want to find the best balance between work and rest for pilots on long journeys.

It’s not yet known if the tests will lead to flights that are available to the public – Qantas Group CEO Alan Joyce says that will only happen if they can show the flights will make money. However, he says they will use what they learn to improve other long flights run by the company.

Currently Qantas offered a daily non stop flight from London Heathrow to Perth, Western Australia. This flight is operated by a Boeing 787 Dreamliner and takes around 16 hours and 45 minutes.

Leaving at 1.15pm local time, arriving in Perth at 1pm the following day. Based on the quoted distance, the average speed will be 538mph. Which is almost nine miles a minute.

In the other direction. Departure from Perth is at 6.45pm, arriving at Heathrow at 5.05am. A journey of 17 hours 20 minutes or an average of 521mph, slowed by the prevailing wind.

The aircraft is a Boeing 787-9 Dreamliner. “It gives us a combination of flying range and passenger comfort that will change how people travel,” says Qantas chief executive, Alan Joyce. It is more highly pressurised than most aircraft, and has bigger windows.

The 236 seats. The plane has 42 business class “suites”, 28 premium economy seats and 166 economy seats. In economy, seats are nine abreast with a 3-3-3 configuration, meaning one in three passengers has a middle seat.