The Mongol Rally: Small Cars on a Big Adventure

If you love travelling, adventure, and lots and lots of driving, you might be interested in joining the Mongol Rally. The 2021 and 2022 rallies are already booked, but 2023 could be your year!

The Mongol Rally has been called the greatest driving adventure on the planet. It starts in Europe in July and crosses more than 10,000 kilometres of mountains, desert and Mongolian steppe before ending in Ulan-Ude, Russia.

According to the Adventurists, the group that organizes the rally, there are only three basic rules:

First, only small vehicles with engines of less than 1,200 cubic centimetres are allowed. “The worse the car the greater the adventure,” the organizers write.

Second, participants are on their own, so there’s no support team to help if a car breaks down.

And third, teams must raise at least $690 for charity. 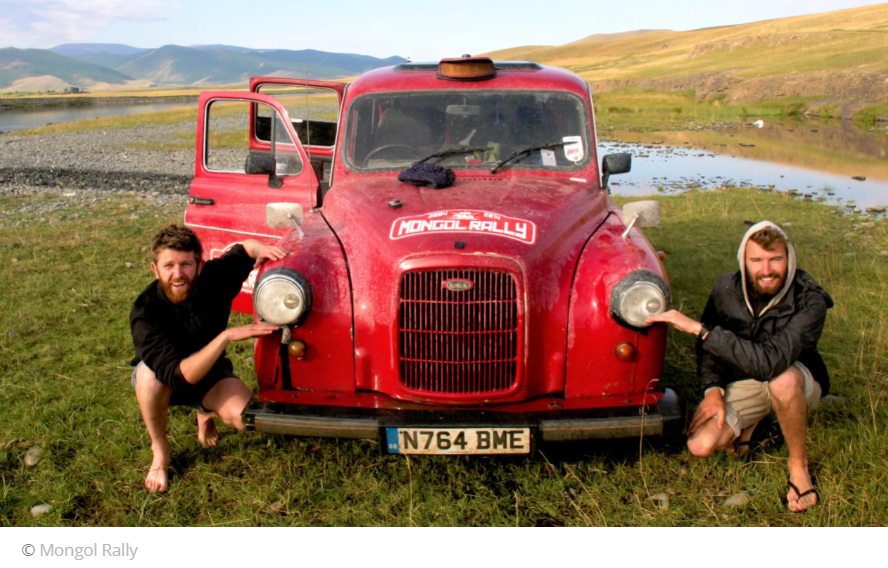 Although it’s called a rally, the Mongol Rally is not really a race, and there’s no prize. This year’s participants just have to arrive at the finish line sometime between 12th August  and 12th September.

There is also no official route, so teams can go anywhere they want so long as they get to Ulan-Ude in time.

One of the fastest routes is the “Northern Route” through Ukraine, Russia and Kazakhstan, which takes three to four weeks. Those who want to take their time can try the Arctic Circle route, which goes through Sweden and Finland.

Drivers may want a faster route to get to the finish line parties. This year, the Adventurists have organized parties for 29th August and 5th September, with one last big celebration on 12th September.