Virgin Galactic has revealed the interior of the company’s rocket plan. Space Ship Two, which is being tested in preparation for commercial service.

During an online event on the 28th  July 2020. The company showed off the cabin’s 12 viewing windows, seats for each flight’s six passengers, 16 cameras to document the adventure and, naturally, mood lighting.

Virgin Galactic was founded by British billionaire Richard Branson. After the prize-winning flights of the experimental Space Ship One in 2004. Branson plans to be the first passenger when commercial flights begin. 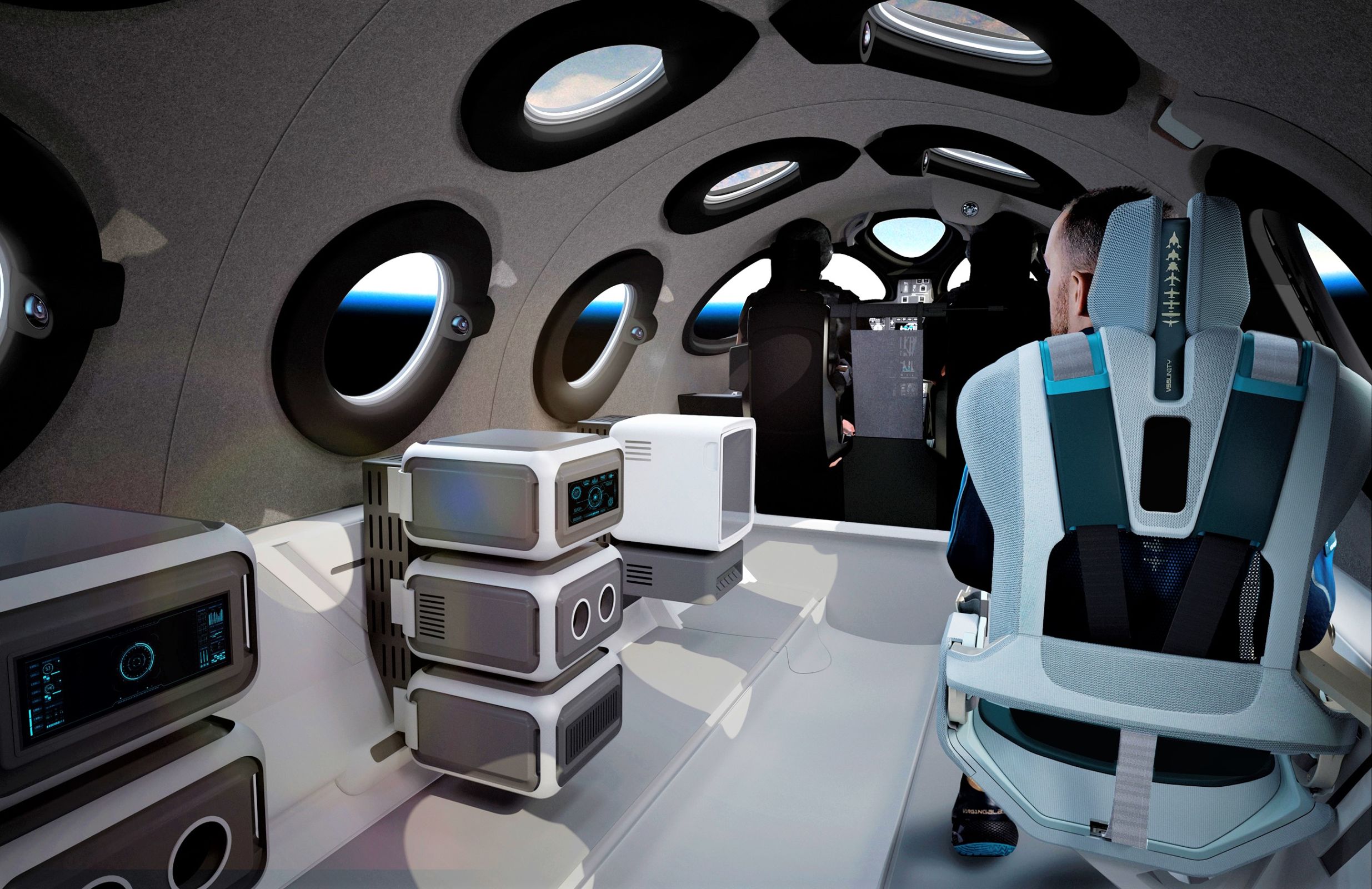 Like Space Ship One. Space Ship Two is a rocket plane that is held beneath a special jet aircraft and is released at high altitude. After a moment of free fall, the two pilots ignite the rocket and the craft accelerates in a vertical direction.

The rocket shuts down, but momentum carries the craft into the lower parts of space. This is where it flips upside down so that the windows on the roof of the cabin give a view of the Earth below.

The passengers, wearing space suits designed by the Under Armour company, will be able to leave their seats and float about the cabin. Using handholds tested by chief astronaut trainer Beth Moses during Virgin Galactic’s second flight into space last year.

That test was carried out to finalise the rocket plane’s design and to help Virgin Galactic learn how to train passengers for what they will experience when they become weightless.

Moses said she tested different ways of getting in and out of the seats. She also moved around the cabin and waved at the large mirror at the back, which will allow customers to see themselves floating in space.

The passengers must return to their seats after a few minutes as the craft returns to the atmosphere and then glides to an un-powered landing.

Space Ship Two will operate from Spaceport America in southern New Mexico. This is where passengers will have several days of training before their flights. The first seats were sold at $250,000 each. However the company has yet to set a date for flights with paying passengers.