The Most Beautiful Buildings in India

India is famous for its spicy food and colourful festivals, but another reason to visit is to see its buildings. Here are four of the country’s most beautiful buildings. 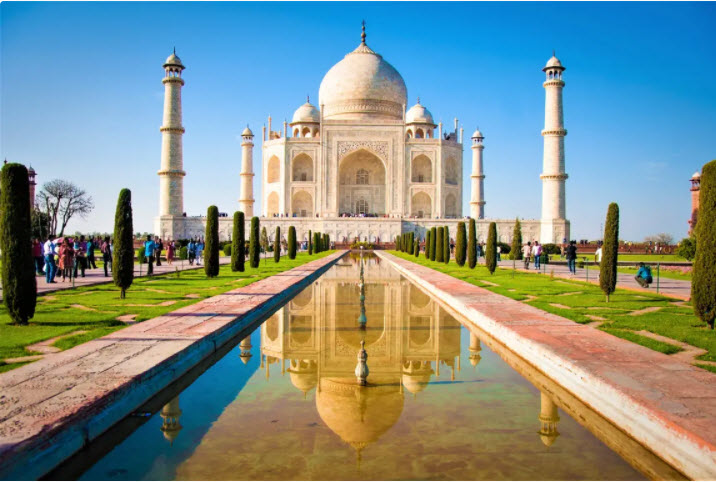 The Taj Mahal in the city of Agra is perhaps the most famous building in all of India. For this reason, many people say it’s the most beautiful building in the world.

The Taj Mahal was built in the 17th century by Emperor Shah Jahan as a mausoleum for his favourite wife. It took about 20 years and 20,000 workers to build. Around the building, there are gardens with trees and pools of water. 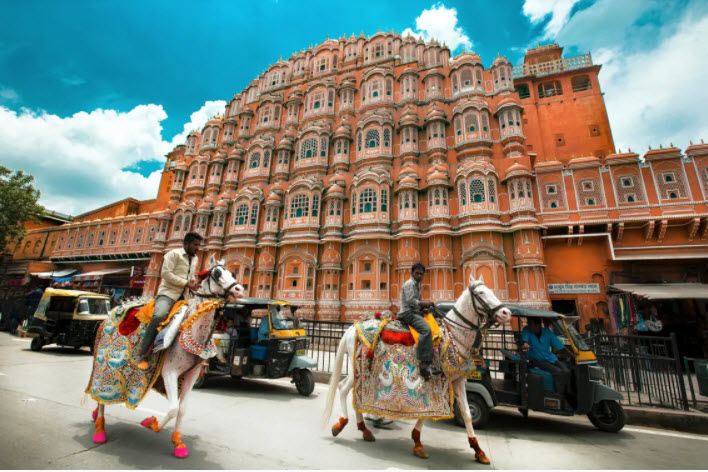 Hawa Mahal was built in 1799 as part of the Royal City Palace in Jaipur. The building has more than 950 small windows, which allowed the women who lived in the palace to look out without being seen.

These windows also allow breezes to blow into the palace — “Hawa Mahal” means Palace of Breeze. Visitors can now look out over the city of Jaipur from these windows.

The Taj Lake Palace sits on an island in Lake Pichola in the city of Udaipur. The building looks like it’s floating on the water.

It was built by a prince, Maharana Jagat Singh, in 1743. It later became a hotel, and guests such as Queen Elizabeth have stayed there. 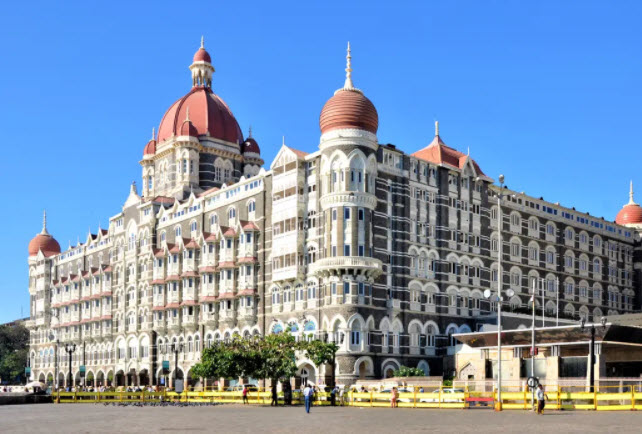 The Taj Mahal Palace Hotel on the edge of the Arabian Sea in Mumbai first opened in 1902. The 560-room hotel was the first building in the city to have electricity. Two Indian architects and an English engineer worked on the hotel, which includes European, Indian and Islamic designs.