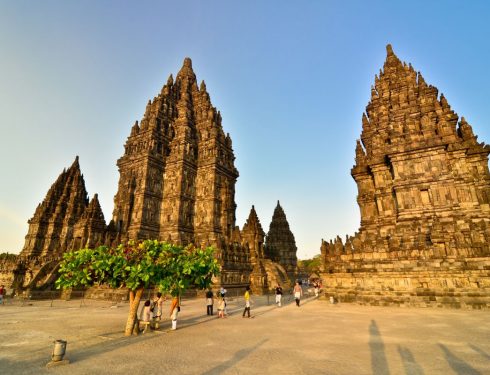 In 2018, Indonesia welcomed 15.8 million visitors, of which about 40 percent went to island of Bali. The most popular tourist destination in a nation made of thousands of islands and home to almost 270 million people.

An important part of Widodo’s plan is to make it easier to get to more remote parts of Indonesia, like Lake Toba on Sumatra island. Which is over 1300 kilometres away from the capital city of Jakarta.

The city of Yogyakarta. Which is home to the world’s largest Buddhist temple, will also get a second airport. Several hundred thousand people live in Yogyakarta, and the city is a centre of Javanese culture where visitors can buy traditional silver jewellery and textiles, or visit royal palaces and museums.

The tourism plan is an important part of Widodo’s final five-years as president. They may not reach their target of welcoming 20 million visitors in 2019. Instead the total number of visitors for 2019 is expected to be around 18 million.

Still, the Indonesian tourism industry grew by 7.8 percent in 2018, or twice the global average, according to the World Travel and Tourism Council.

Hotels in Jakarta with up to 43% discount

Hotels in Bali with up to 45% discount